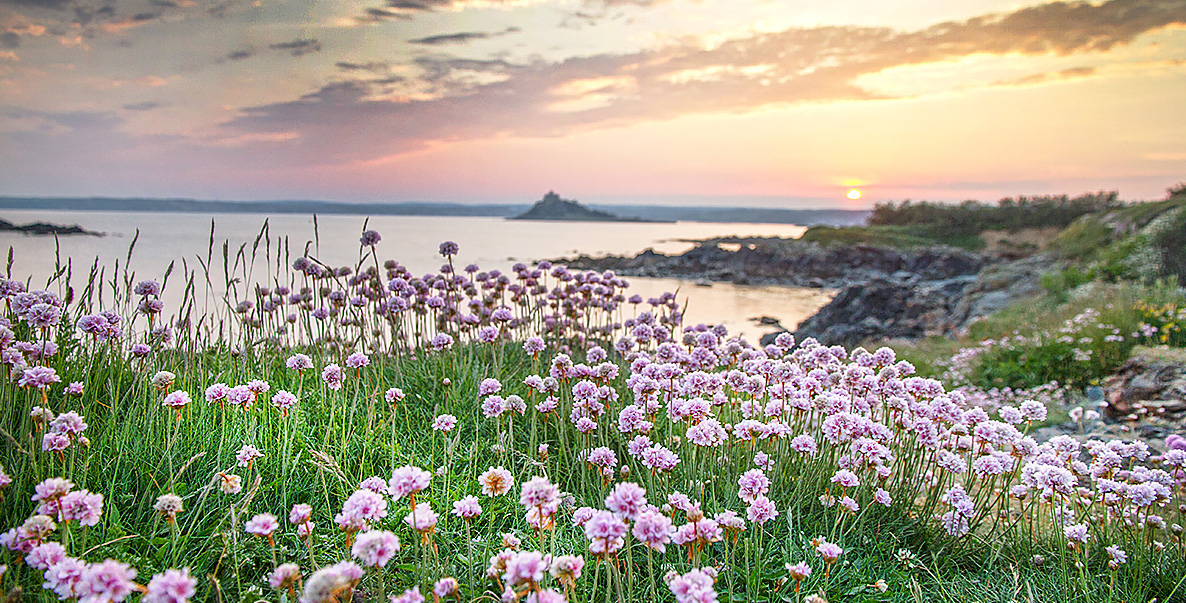 Item 2 Public Speaking Period: Mrs. Titchell enquired as to the situation concerning the caravans at Trenow, and raised concerns about the possible placing of containers there. Cllr Moore informed her of what steps the Parish Council, and Cornwall Council, had taken and assured her that the Parish Council was keeping a close watch on the situation. Mrs. Titchell was advised that she, too, should log a complaint with Cornwall Council’s Enforcement team.

a. PA19/04016. Side extension and refurbishment of the detached property. Blue Burrow Cottage, access track to Wheal Jayne and Blueburrow Cottage, Perranuthnoe. Mr. Ray Moss. Prior to this application being discussed, Cllr Scobie declared an interest and left the room. It was proposed by Cllr Groves, seconded by Cllr Strawson and carried unanimously, that the application be supported.

b. PA19/04131. Certificate of lawfulness for existing use: confirmation of domestic curtilage boundary. Trevean Farm, access to Acton Castle, Rosudgeon. Mr. & Mrs. N. Walker. It was proposed by Cllr Scobie that the Parish Council responds in terms that we note this application for a certificate of lawfulness with the comment to Cornwall Council that they will no doubt check that a full uninterrupted 10 years have passed since the area in question was first wholly used for domestic purposes. This was seconded by Cllr Strawson and carried unanimously.

d. PA19/04537. Single storey extension. Cudden Drift, access to Acton Castle, Rosudgeon. Mr. & Mrs. Paul Hunter. It was proposed by Cllr Scobie that the application be supported. This was seconded by Cllr Strawson and carried unanimously.

e. PA19/04703. Extension to existing annexe. The Perches, A394 between Helston Road and Carters Downs, Rosudgeon. Mr. & Mrs. Bettens. Prior to this application being considered, Cllr Griffiths declared an interest and left the room. It was proposed by Cllr Moore that, subject to no objection being raised by the Highways Authority, the Parish Council supports the application. This was seconded by Cllr Jago and carried unanimously.

f. PA19/03227. Construction of a rear kitchen extension. 1 Primrose Lane Estate, Goldsithney. Miss Christine Jilbert. It was proposed by Cllr Moore recommended that the Parish Council supports this application subject to confirmation that the design and materials proposed match, or are otherwise in keeping with, the existing property. This was seconded by Cllr Jago and carried unanimously.

It was noted that the following planning permissions had been granted:

a. PA18/11764. Ms Susan Anne Norona. Chiverton Lane Orchard, Perran Downs Lane, Rosudgeon. Certificate of Lawfulness in respect of the existing use of a building that has been used as a unit of residential accommodation for a period in excess of 4 years

And that the following planning application had been refused

Councillor Nicholas’ Report. Although Cllr Nicholas wasn’t present, Cllr Moore drew the Council’s attention to the e-mail she had sent concerning her planning training session on the World Heritage Site, protection of hedges in the Neighbourhood Plan and the adding to planning consultation comments should be requested if it was felt no consideration had been given to it in the application under consideration.

4b Other Councillors’ reports

Cllr Griffiths reported that (a) new seals had been fitted to all the Noticeboards. The backing material would soon be removed, and magnets had been procured to post items on the boards and (b) he had yet to hear from Culdrose regarding assistance with the transportation of new benches to their inaccessible site.

Cllr Scobie (a) enquired as to the outcome of the planning application for The Cabin, to which Cllr Moore replied that no decision had been reached, so far as he was aware and (b) mentioned that there was a “green caravan/mobile home periodically sited at Trenow, close to the shed with a solar panel. A watch needs to be kept on this, lest it comes to be sited there permanently.

Cllr Strawson reported on the conversation she had had with regard to the unsightly fencing at the entrance to a caravan site. She was advised that there was nothing to be done, as the approved plan showed the fencing in question.

Cllr Moore updated the Council on the Community Governance Review. The Council agreed that Cllr Moore should liaise with Cllr Nicholas on this.

Cllr Moore reported that he, and Cllr Strawson, had met with Ms Vandermeeren and Mr. James Evans. They had discussed his comments on the draft policies. Fine tuning was required with regard to phraseology. Ms Vandermeeren has a bit more work to do, after which Mr. Evans will provide the Council with a draft document. Thereafter, it will be necessary to see if a Strategic Environmental Assessment is needed. It is hoped that a version of the Plan will be ready for Cornwall Council review in August.

The question of including Cornish Hedges in the Plan was discussed. Cllr Griffiths referred back to the days of Penwith District Council, when protection was afforded to Cornish Hedges that were part of an Ancient Field System. Cllr Moore said that he would contact Mr. Evans to say that the Parish Council would like to add to the Plan measures to protect historically important Cornish hedges and that the Council is aware that Penwith District Council used to afford such protection.

Item 5 Minutes of the last meeting:

It was proposed by Cllr Strawson and seconded by Cllr Groves that the Minutes of the Meeting held on 20th May 2019 be signed. This was unanimously approved.

Item 6 Matters brought forward from last meeting: Although nothing was specifically requested to be brought forward, the clerk reported on the response received from Cornwall Council concerning the Library Service. Cllr Moore will liaise with Cllr Nicholas over the venue and will also enquire of Mr. Evans if the provision of library services could be included in the Neighbourhood Plan.

Item 7 Date of next meeting:

a. Receive and approve Mr. Glover’s playground reports for May. These, having previously been circulated, were noted and approved. In response to an enquiry from the Clerk as to when his successor was going to be in St. Piran’s Hall (so Mr. Glover could deliver his reports), Mr. Barlow said that it was his and Cllr Moore’s intention that he would work from 09.00 hours to 13.00 hours on Mondays at St. Piran’s Hall and on Wednesdays between 13.00 hours and 17.00 hours at home.
b. West Penwith Community Network Panel. The clerk thought the next meeting was on 18th July.
c. Cornwall Council. None

Item 9 Footpaths & Rights of Way: Cllr Griffiths said there had been no complaints to him. Cllr Moore said there was rampant growth on the coast path.

Item 10 To receive advance notice of items for the next meeting’s Agenda:

(a) Bus shelter
(b) Projects update

a. Receive and approve Bank Reconciliation Statement as at 5th June 2019. This, having previously been circulated, was noted and approved.
b. Resolve to change the registered address with Lloyds Bank Plc from that of the retiring clerk to that of the incoming clerk. It was proposed by Cllr Strawson that Lloyds Bank be so notified. This was seconded by Cllr Griffiths and carried unanimously.
c. Approve for payment items listed on the schedule. It was proposed by Cllr Jago that the items be passed for payment. This was seconded by Cllr Strawson and carried unanimously